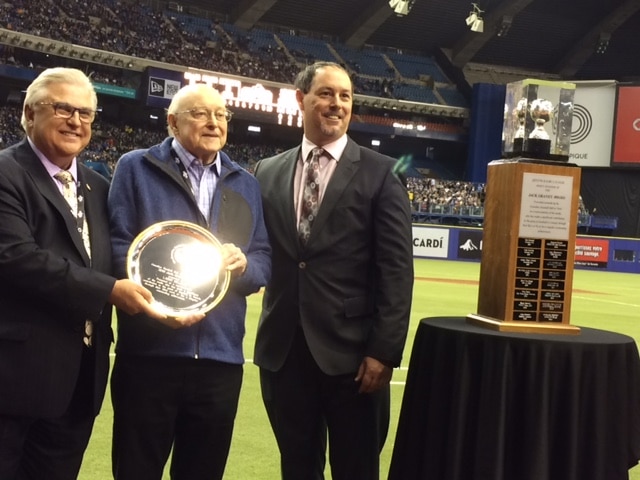 Millson will be presented with the award in a ceremony to take place between innings by Hall board members John Starzynski and David Morneau.