From Tom Henke, Tony Fernandez, and Fergie Jenkins to a bus load of Henke supporters from his hometown

St. Marys – Move over Tony Fernandez, Fergie Jenkins, and you too Paul Beeston, Pat Gillick and Miss Canada! Blue Jays’ legend and soon-to-be Canadian Baseball Hall of Fame inductee Tom Henke’s hometown is sending a bus load of supporters to the big city – well, relatively speaking! St. Marys, Ontario, whose population is just over 6,000 may seem like a metropolis in comparison to Taos, Missouri, whose last census counted 869 townsfolk., which represents almost exactly one person per strikeout over the flame throwing closer’s career in the Major Leagues.

Approximately 30 friends are taking the 1,271-kilometre trail to attend the festivies from June 16-18, highlighted with the 11:00am Induction Ceremony of their native son on Saturday, along with Canadian baseball icon Allan Simpson, and the late George Wood. Bob Elliott, one of Canada’s greatest baseball writers, will also be awarded the Hall’s Jack Graney Award..

“There would be two or three buses coming for sure if it weren’t for the church picnic being held on the same weekend,” said the man known as “The Terminator”.

Missouri is commonly referred to as the “Show Me” state, and Henke has certainly been one to answer the saying put on Missouri license plates. His 217 saves rank him first all-time with the Blue Jays and his 311 career saves are 17th best all-time in the Major Leagues. The 6’5″ imposing figure chalked up a pair of saves and pitched in three of the Blue Jays’ amazing one-run victories over the Atlanta Braves to win the 1992 World Series. The 1995 All-Star struck out an incredible average of 9.8 hitters per nine innings over his career.

More importantly, Henke spends much of his time now assisting the Special Learning Centre, a school for handicapped children, as well as volunteering with Down Syndrome charities, the Special Olympics, and the Cancer Society. He is also on the board of directors with the Missouri Department of Mental Health.

Henke will be joined by his wife Kathy, and children Linsey, Ryan, Kim and Amanda,

Simpson, the native of Kelowna, British Columbia who founded Baseball America, often referred to the bible of the baseball industry, isn’t having as many guests as Henke, but he is expecting more than a dozen friends and relatives to converge in St. Marys as well. Simpson, who now lives in Durham, North Carolina, will be joined by his wife Jill and children Jordan, Kelsey and Jeffrey.

Posthumous inductee Wood, a Major League star in the late 1800’s who hailed from Prince Edward Island, will be represented by distant relative Douglas MacDonald, who will be flying in from PEI with his wife Evelyn. MacDonald, a geneologist, is also associated with the PEI Sports Hall of Fame.

Elliott not only has four rooms booked in town, but two of the baseball teams that he coaches in Georgetown are coming to see his ceremony as well as take on local competition at 1:30pm and 4:00pm on the St. Marys Cement Company Field.

Other celebs to look for

Gillick, who will be inducted into the National Baseball Hall of Fame in Cooperstown later this summer, will be present, as well as fellow inductee Paul Beeston, together with Gillick, engineered the Blue Jays to a pair of World Series victories in 1992 and 1993. Beeston is currently the president of the rejuvinated Blue Jays, who are playing exciting baseball and contending in the American League East division in June for the first time in many years.

Henke’s teammate Fernandez, and his pitching coaches, Galen Cisco and John Sullivan will be in attendance, as will past inductees Fergie Jenkins, Jim Fanning, Ron Taylor, Don McDougall, Ron Stead and Paul Quantrill, Jays GM Alex Anthopoulos has not yet confirmed, while other brass expected to be on-hand will be Rob Jack, Howard Starkman and Kevin Briand. Babe Ruth’s granddaughter, Linda Ruth Tosetti will return to St. Marys after falling in love with it last year. One of Canada’s most gifted singers, Michael Burgess will sing the national anthem, and Miss Canada International, Catherine Thomas and Miss Ontario Melanie Williamson will also be on hand. Former pros Billy Atkinson, John Upham, Derek Aucoin, Adam Stern, Hyung Cho and Larry Landreth have committed, as well as Olympian John Lockwood and all-time strikeout-record holder in one game (25) Brett Gray. The lovable two-time Stanley Cup winner Terry Crisp, current NHL’er Logan Couture and hockey great Mark Bell will round out the list of celebrities, although more are expected to confirm as the weekend draws near.

For updates, contact the Canadian Baseball Hall of Fame. 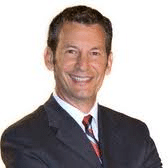 Best known for his role on Global TV’s Sportsline, 2011 Canadian Baseball Hall of Fame & Museum Induction Ceremony emcee Mark Hebscher stands out from the crowd with his provocative, no-nonsense broadcast style. Best of all – his passion is baseball! “Hebsy” will take the stage as emcee for the Induction Ceremony, joining a growing list of impressive celebrities that includes Rod Black, Peter Mansbridge and Darrell Hammond who have hosted the Ball Hall’s feature event of the year.

“Hebsy is truly a pioneer in the sports broadcasting industry. We go back to my university days at Waterloo, more years ago than I’d like to admit, when I watched him faithfully at 11:30pm each night. He and Jim Tatti had genuine chemistry in delivering sports news, a schtick that has rarely been duplicated, even now with three 24-hour sports networks,” said Ball Hall president and CEO Tom Valcke.

The fun begins at 4:00pm, Tom Henke, Allan Simpson and Fergie Jenkins will spend happy hour (4:00-4:45pm) at the Boston Pizza in Stratford.

At 7:00pm, the third annual Celebrity Slo-Pitch game will take place at the Hall of Fame’s Rotary Field, featuring “Team Henke” against “Team Jenkins”. Free admission, and a BBQ and beverages will be available onsite.

On Friday, June 17th, London’s Chamber of Commerce and Tourism are combining to host the inaugural “London Salutes Canadian Baseball” at 7:30am at the London Hilton Hotel. Tickets are $49 and still available.

At 11:00am, the Hall’s 15th Annual Celebrity tees off in a Texas Scramble format at the lovely St. Marys Golf & Country Club. The event has been sold out for nine consecutive years, but at the time of this writing, four foursomes remain available. Individual golfers may also sign up by contacting the Hall of Fame.

For non-golfers, dinner tickets for the post-golf banquet are available by contacting the Ball Hall. The dinner will begin at 5:30pm under the Induction Tent on the Hall’s Ceremonial Grounds.

The Induction Ceremony will begin at 11:00am on Saturday morning on the Ball Hall’s Ceremonial Grounds at 386 Church St. South in beautiful St. Marys. Admission is free. An autograph session will follow the ceremony, and there are featured amateur baseball games all day on the Hall’s site. It is recommended that those who wish to be seated under the Induction Tent arrive by 9:30am.

The Ball Hall is sponsoring a sleepover under the Induction Tent beginning at 5:00pm on Saturday, whereby parents and children are invited to play a ball game, enjoy dinner, watch a movie, and sleep on cots, for only $30 per person. Henke will be there to welcome the sleepover crowd.