George Bell, Duane Ward and Devon White to hit the links in St. Marys on June 20 – room for 3 more teams! Only spots for three more teams available. If you can’t round up a team of four you can sign up as single, double or triple.

2013 inductee George Bell, as well as Duane Ward et Devon White, both members of the Blue Jays’ 1992 and 1993 World Series-winning clubs, will now be teeing it up in the Hall’s fundraiser alongside trailblazing Jays executives Paul Beeston and Don McDougall.

“I’m very thankful for the support the Toronto Blue Jays continue to provide the Hall of Fame,” said Scott Crawford, the Canadian ball hall’s director of operations. “With the addition of these three Blue Jays legends, I think we have one of the best rosters of celebrities we’ve ever had for this event.” 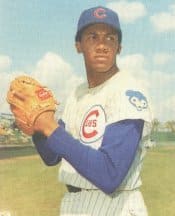 There’s still room to register your foursome in the tournament, but spaces are filling up quickly. The cost is $1,250 per foursome and that includes 18 holes of golf, a continental breakfast, lunch, a supper banquet, hole sponsorship and the opportunity to golf with a celebrity.

Individual golfers can also register for $250. That fee includes the same perks as a foursome, with the exception of a hole sponsorship. If you aren’t a golfer, you can purchase a ticket to the banquet only for $60.

Proceeds raised will go towards the completion of the new ball field on the Hall’s site and to the Hall’s KIDS ON DECK program, which uses baseball as a medium to teach cultural awareness and social justice to boys and girls.

If you can’t play in the tournament, there are several other ways to support the event, including hole sponsorships. For more information, please visit:http://baseballhalloffame.ca/whats-on/annual-golf-tournament/ or call the Hall of Fame office at 519-284-1838. You can also email inquiries to baseball@baseballhalloffame.ca