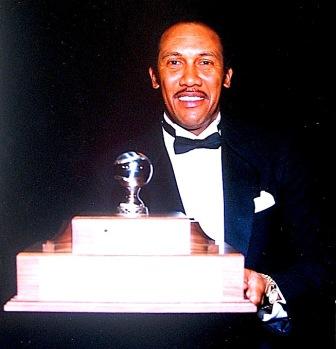 We are deeply saddened by the unexpected passing of Lydia Jenkins, Ferguson Jenkins’ wife, on Monday, August 27.  Given how well we know Fergie, his importance to the Hall of Fame and Canadian baseball, and other losses in his past, the news hits especially hard.  Our thoughts and prayers are with him and his family. Funeral details will be announced as we learn them.

Museum update: We are identifying the top artifacts and stories for each of the rooms inside the new museum. BaAM will work with these to design the new displays. And we’re saying good-bye to our students, who’ve spent the last number of weeks in the Museum’s new addition, sorting and organizing items from the collection.

Bronte Cronsberry had to say about her summer job:  ‘As a museum summer student with the hall of fame I have picked up a lot of new skills and knowledge. I walked in with very little understanding of baseball and have gained a lot of knowledge about the sport and how it fits into Canadian culture and local history. I am also very grateful for the experience with a specialized sports collection that I think will serve me well as I pursue a degree in art history and curatorial studies at Western University this fall.’

We will be looking for help over the next six months with the continuation of the students’ work and other tasks. If you are interested please let us know.

Meanwhile, we kept up our community outreach with a small fundraiser, while at the same time flipping burgers, last Sunday for the final 2018  “Front Porch Show”, which is streamed live over Facebook from Cadzow Park in St. Marys. Organizers have launched a campaign to bring Ellen DeGeneres here.  We’d love to show her the Hall of Fame and Museum.

On the fundraising front, we expect to hear in September about the Dowler-Karn grant mentioned in the last Top of the Tenth. The money would underwrite costs of a garden outside the new museum, display cases and event items inside the museum. Thanks to all who voted for our application. Fingers crossed!

In the wider world of baseball, congratulations to our Women’s World Cup Team on advancing to the super round after a 4-1 record at the qualifying stage. Today they play Chinese Taipei at 1pm ET. Plus congratulations to Stubby Clapp for guiding his Memphis Redbirds to their second straight Pacific Coast League American Southern Division title.  We also note that the Jays’ Class A Short Season Affiliate, the Vancouver Canadians is sitting on top of the Northwest League North Division. The Canadians won the League Championship in 2017. Can they do it again?. 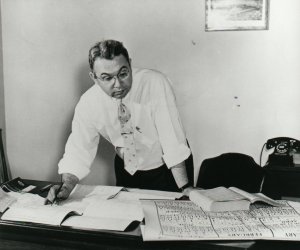 As serious fans of our favourite sport know, players on the diamonds are not the only giants of the game.  Harry Simmons (September 29, 1907 – January 14, 1998) who spent years of his life writing about the game (for example, the baseball entry in Encyclopedia Britannica), researching 19th Century baseball, developing playing schedules for the major and minor leagues (this before the computer age), managing player contracts, dealing with media, and carrying out a host of other duties for the Office of the Commissioner, was one such giant.

His Canadian connection dates back to 1953 when he moved, with his family, to Montreal to oversee the International League.  He was instrumental in the launch of the Expos franchise and recommended the team’s hiring of Jim Fanning and John McHale.

Fanning once wrote: During Mr. Simmons time as a baseball executive every Major League owner and executive knew him on a first name basis. He not only was a keen advisor to the commissioners he worked for, but was a counsel and advisor to Major League Executives as well. Mr. Simmons was unheralded – his picture never made the cover of The Sporting News – but I had an office next to his when I started the Major League Scouting Bureau, and I witnessed this man’s contribution day after day. His contributions were an equal to any who graced the cover of a sports magazine.  (Credit: revolvy.com)

We are honoured to be the home of the Harry Simmons Collection, donated to CBHFM in 1998 by his son, David Simmons.  Comprising memos, letters, and speeches from over 60 years in the Commissioner’s office and elsewhere, articles, baseball memorabilia, publications and books, it has been called one of baseball’s most eclectic, exciting and diverse collections.

Simmons was named King of Baseball at the 1979 winter meetings.  He received the SABR Salute in 1990 and was inducted into our Hall of Fame in 2002.