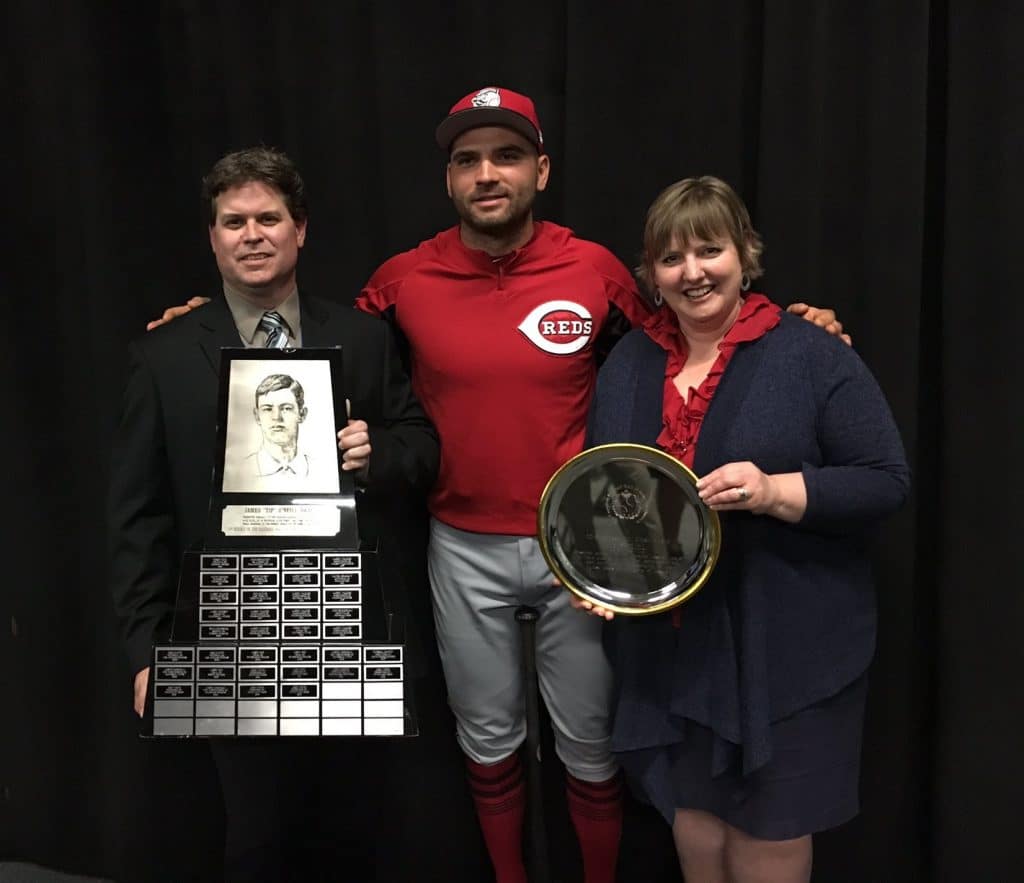 St. Marys, Ont. – Etobicoke, Ont., native Joey Votto will be presented with the Canadian Baseball Hall of Fame’s 2016 Tip O’Neill Award in a ceremony in the Blue Jays interview room on May 29 at Rogers Centre prior to the Cincinnati Reds/Toronto Blue Jays game.

This will be the sixth time in seven years that Votto has won the award.

To determine the winner, the Hall took into account a number of criteria, including each candidate’s on-the-field performance, contributions to their team, community and charitable endeavors and support in fan voting.