Rob Ducey, Tom Cheek and Nat Bailey will also be honoured in a ceremony to take place at 11 a.m. ET on Saturday, June 29 on the museum’s ceremonial grounds in St. Marys

St. Marys, Ont. – While George Bell was belting 47 home runs en route to the American League MVP award for the Toronto Blue Jays in 1987, fellow left fielder Tim Raines was scoring a National League-leading 123 runs and serving as the catalyst of the Montreal Expos’ offence.

In the mid-to-late ’80s, many baseball pundits would’ve agreed that Canada’s major league teams boasted the top two offensive left fielders in the game. So it seems fitting that more than 20 years later, Bell and Raines will be inducted into the Canadian Baseball Hall of Fame together.

Toronto-born outfielder Rob Ducey, who made his big league debut in 1987 and eventually played left field for the Blue Jays and Expos, will also be enshrined, along with Blue Jays broadcasting legend Tom Cheek and Vancouver baseball icon Nat Bailey, who will both be honoured posthumously.

“This year’s inductees represent a cross section of individuals who have both left their mark on baseball in Canada and enriched the game for all Canadians,” said Allan Simpson, chair of the Hall’s Selection Committee. “We will be honouring two of the most celebrated players in the history of the Blue Jays and Expos, the most influential voice in Canadian baseball history, a pioneer in the development of baseball at all levels in British Columbia and a Canadian who had a lengthy big league career and helped Canada become a respected international opponent.”

Scott Crawford, the Hall’s director of operations, also expressed his enthusiasm for this year’s class.

“I’m excited that we have such a diverse group of inductees,” he said. “When I was growing up, I remember being inspired by watching George Bell, Tim Raines and Rob Ducey on the field and being captivated by the way Tom Cheek called a baseball game on the radio. Nat Bailey’s contributions to baseball came before I was born, but I’ve learned a lot about the tremendously positive impact he has had on baseball in British Columbia.”

The induction ceremony will be part of a festival of events that will also include a celebrity slo-pitch game, a golf tournament and a Toronto Blue Jays baseball clinic for kids.

“Thank you for honouring my life and career with this decision by the Selection Committee,” said Bell. “I’m very excited and proud to be part of the Canadian Baseball Hall of Fame.” In December 1990, Raines was dealt to the Chicago White Sox, where he toiled for five seasons, before being traded to the New York Yankees, where he earned two World Series rings (1996, 1998). In 2001, he returned to the Expos and hit .308 in 47 contests. In all, in a 23-year big league career – that also included stints with the Oakland A’s, Baltimore Orioles and Florida Marlins – Raines collected 2,605 hits and 808 stolen bases (fifth all-time). Following his playing career, he coached and managed in the Expos organization and his No. 30 was retired by the club in 2004. Raines has also served as a first base coach with the White Sox and recently accepted a position to be a minor league baserunning and outfield instructor with the Blue Jays.

“This is wonderful news,” said Raines, upon being informed of his induction. “I’ll always cherish my time with the Montreal Expos and I look forward to seeing many of the team’s fans again at the induction ceremony in June.”

Following his professional career, Ducey competed for Canada at the 2004 Olympics and served as a coach at the 2006 World Baseball Classic and 2008 Olympics. He has also been a scout for the Blue Jays and is currently working in player development for a Mexican League team.

“I was very excited and honoured to hear about my induction. I’m also very thankful and appreciative for being thought of in this light,” said Ducey. “I want to be – and have been – creative in my approach to this game. Along my travels, I have met many good people and developed tremendous friendships. I’m a baseball lifer and I hope to continue to work in the game in one capacity or another.” “My first thought was, ‘Wow, am I hearing Scott (Crawford, Hall director of operations) right?” recounted Cheek’s wife, Shirley, when asked about how she felt when she was informed of her husband’s upcoming induction. “Tom would be so proud to know that he is being honored by the Canadian Baseball Hall of Fame and I’ll do my best to represent him.” 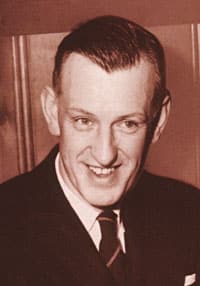 In the mid-’50s, Bailey purchased the Triple-A Vancouver Mounties and his commitment to the club over the next decade helped raise interest in professional baseball to new heights in the city. After Bailey passed away in 1978, Capilano Stadium, where the Mounties played, was renamed Nat Bailey Stadium in his honour. For the past two seasons, the Vancouver Canadians, the Toronto Blue Jays’ Class-A Short-Season club, have played in this stadium and have won the Northwest League championship in each campaign. For his contributions to sports in B.C., Bailey was inducted into the B.C. Sports Hall of Fame in 2003.

“This is great news,” said Mark Bailey Andrews, Bailey’s grandson. “My grandfather did a lot for the baseball community and the kids.”