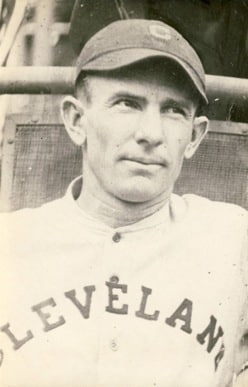 Canadian Baseball Hall of Famer Jack Graney (St. Thomas, Ont.) will be one of the 10 finalists for the 2016 Ford C. Frick Award.

The National Baseball Hall of Fame in Cooperstown announced on Tuesday that Graney was one of the fan selections for the award based on online voting that took place in September and October. The nine other candidates on the final ballot are Harry Heilmann, Al Helfer, France Laux, Tom Manning, Graham McNamee, Rosey Rowswell, Hal Totten, Ty Tyson and Bert Wilson.

The National Baseball Hall of Fame presents the Ford C. Frick Award annually to a candidate who has exhibited excellence in baseball broadcasting. The honour is named after Frick, a trailblazing former broadcaster and sportswriter who later served as the National League president and major league commissioner. The award has been handed out annually since Frick’s death in 1978.

To be eligible for the honour, a broadcaster (active or retired) must have at least 10 years of continuous big league service with a ball club, network, or a combination of the two. This year’s recipient will come from the “Broadcasting Dawn Era,” which encompasses those who could be heard on the airwaves during the early days of baseball to the 1950s.

Graney, McNamee and Wilson emerged as the top three candidates in the online balloting. The remaining candidates were selected by a Hall of Fame research committee.

The final voting will be conducted by an 18-member committee comprised of the 14 living recipients and four historians. The winner will be announced at the Baseball Winter Meetings in Nashville, Tenn., on December 9 and will be formally honoured during the Hall of Fame weekend next July.

After manning the outfield for parts of 14 seasons with the Cleveland Indians between 1908 and 1922, Graney, who was born in St. Thomas, Ont., became the first ex-player to make the transition to the broadcast booth, performing radio play-by-play for the Indians from 1932 to 1953. Graney was inducted into the Canadian Baseball Hall of Fame in 1984 and the museum now presents an award named in his honour to a member of the media who has made a significant contribution to the game of baseball in Canada through their life’s work.

You can read more about Graney’s career HERE.

You can read more about the other 2016 Ford C. Frick Award finalists HERE