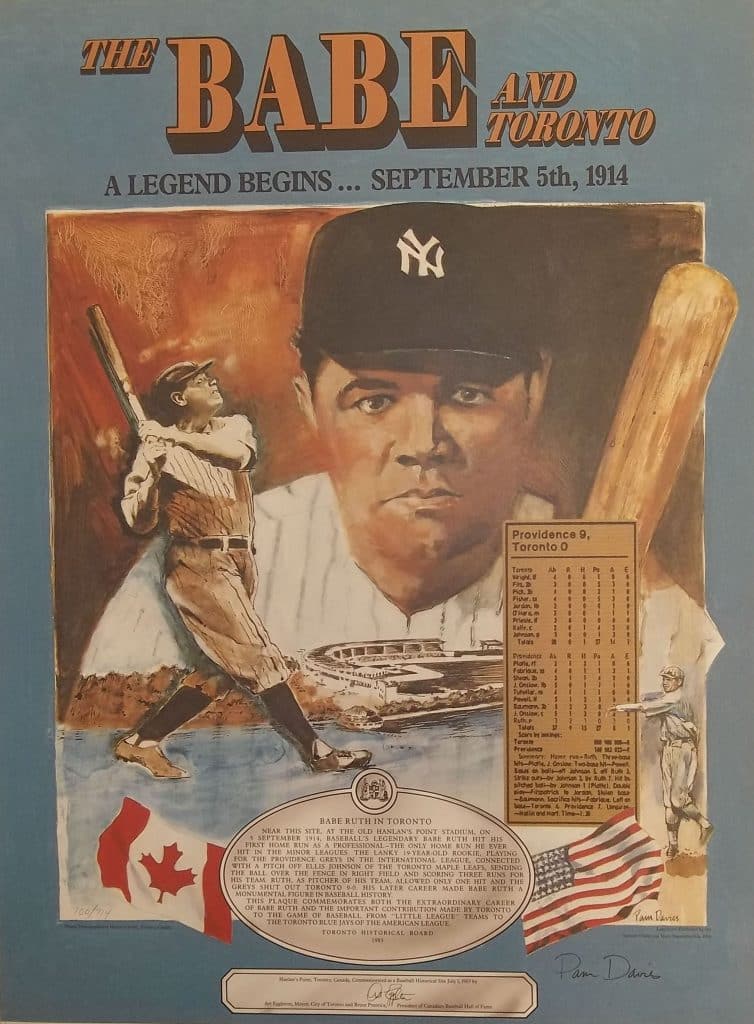 Few thought much of the blast that cleared the right field fence. After all, the long ball came off of the bat of George Herman Ruth, who was batting ninth and toeing the rubber for the Double-A Providence Grays, and this husky teenager was destined for a future on the mound, not in the batter’s box.

But that home run turned out to be Babe Ruth’s first professional regular season – and only minor league – round-tripper. The Bambino, of course, graduated to the big leagues by the end of that season and eventually socked 714 four-baggers in a 22-year career, mostly with the New York Yankees.

With Monday being the 108th anniversary of that homerun, the Canadian Baseball Hall of Fame is selling a limited number of prints (numbered out of 714) that commemorate his historic first homer.

Titled “The Babe and Toronto: A Legend Begins . . . September 5th, 1914,” these prints are signed by the artist, Pam Davies, and are being offered exclusively by the Canadian Baseball Hall of Fame. The cost is $50 (only $42.50 after the discount) plus tax and shipping per print and proceeds will go towards the archiving of the artifacts.

To purchase one of these limited edition Ruth prints click HERE, or please call the Hall of Fame at 519-284-1838 or email baseball@baseballhalloffame.ca.