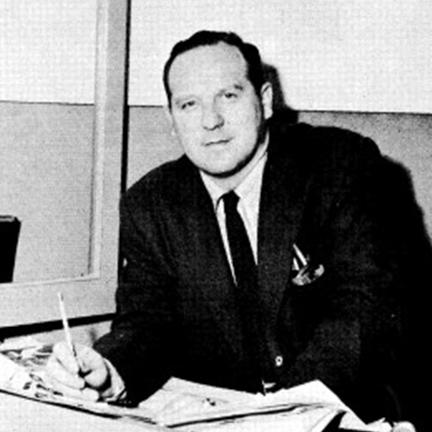 “My father’s induction into the Canadian Baseball Hall of Fame is a great thrill for my mother, and a huge honour for our entire family, and we will be proud to participate in St. Marys” said Allan’s son Michael from his home in Los Angeles.

“We are well aware that baseball has a very long and rich history in Canada. My dad was baseball’s pre-eminent statistician, working with the Brooklyn and LA Dodgers, but he originally fell in love with baseball as a child in Montreal and enjoyed seeing the Royals when he could. As a young man, he was thrilled watching the exploits of a young infielder named Jackie Robinson, and my father joined the Dodgers organization in 1947, the very same year that Jackie broke the colour barrier. My father then went on to a 45-year career working in Major League Baseball, but it all started in Canada.”

Allan Roth, born in Montreal on May 10, 1917, made a pitch to Branch Rickey in 1944 that made the case for opinions such as on-base percentage being more important than batting average.

“And, wouldn’t it help a manager to know, for example, that a certain batter hit .220 against right-handed pitchers and .300 against lefties?”, Roth asked.

Rickey became intrigued, and his hiring of Roth in 1947 initiated a trend that has made the personal computer an essential element of an MLB clubhouse’s paraphernalia.

Roth did stats for the Brooklyn and LA Dodgers until 1964 and developed the RBI percentage (batting average with runners in scoring position). He charted every pitch and did the requisite calculations either in his head or with a simple calculator, insisting on working by hand throughout his career. He began working the NBC and ABC games of the week until 1990, feeding pertinent information to the broadcasters in the booth such as Al Michaels.

“Long before there was Mary Poppins, there was Allan Roth,” said the legendary Vin Scully.

“If you had some question that came to you in the middle of a game, he would reach down into his bag and the next thing you knew, you’d have your answer. It was marvelous!”

Roth once said, “Baseball is a game of percentages; I try to find the actual percentage.”

“Allan Roth was as vital to Branch Rickey as Robin was to Batman,” said New York Times writer Alan Schwarz.

Still today, there remains a Los Angeles chapter of the Society for American Baseball Research (SABR) named after Allan Roth.

Roth died on March 3, 1992, and is survived by his wife Esther, his son Michael, and his daughter Andrea Western.