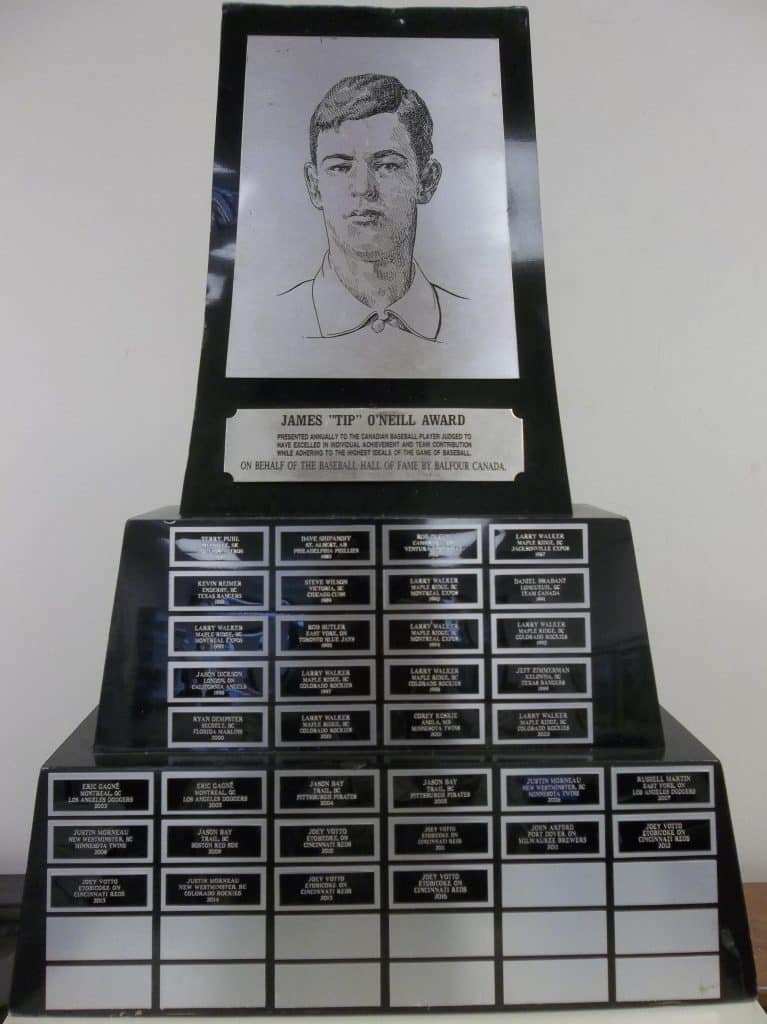 Votto narrowly missed out on winning his second National League MVP Award when he finished just two points behind Miami Marlins slugger Giancarlo Stanton in the voting. In 2017, the Cincinnati Reds first baseman topped the National League in on-base percentage (OBP) (.454), walks (134), intentional walks (20) and on-base plus slugging percentage (OPS) (1.032). He also ended up third in the league in batting average (.320), tied for fifth in home runs (36) and sixth in slugging percentage (.578).

Off the field, Votto is heavily involved with the Reds Community Fund, the club’s non-profit arm that’s dedicated to improving the lives of youth. Votto’s generosity toward Walter “Superbubz” Herbert, a six-year-old fan fighting stage 4 neuroblastoma, during a game at Great American Ballpark in Cincinnati on August 31 earned him the MLB Award for Best Player-Fan Interaction. After Votto socked his 34th home run of the year that day, Votto high-fived the youngster and later gave Herbert his bat and jersey. Sadly, Herbert passed away on October 6.

Votto will be presented with the award in a pre-game ceremony in Cincinnati early in the 2018 season.