TOP 100 MOST INFLUENTIAL CANADIANS IN BASEBALL IN 2015 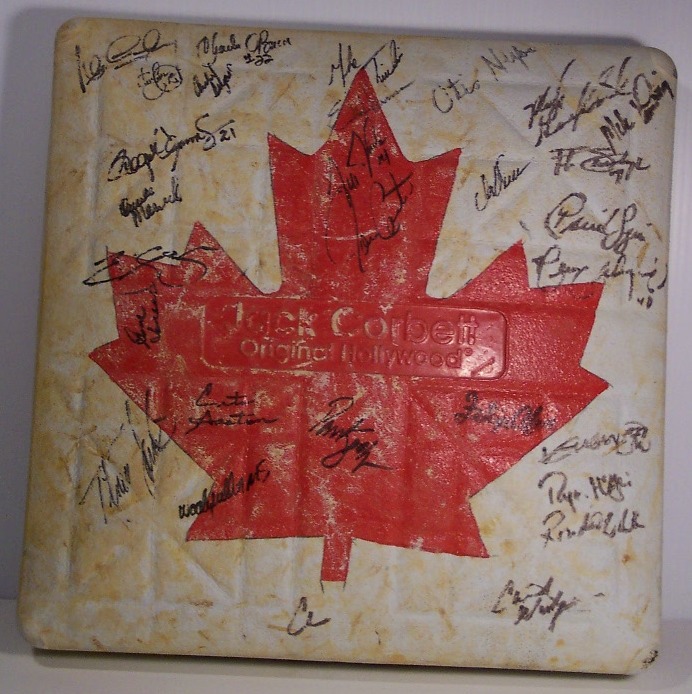 As a memorable 2015 drew to a close it was easy to decide the most influential Canadian in baseball.

Sure, about as easy as initially knowing what was going when Russell Martin’s threw to the mound ticked Shin-Soo Choo’s bat allowing Rougned Odor to score the lead run from third in the seventh inning.

Plate ump Dale Scott waved Odor back to third, the umps huddled and Odor was allowed to score.

Josh Donaldson’s Twitter handle is @BringerOfRain20, but Scott’s call resulted in @BringerOfBeerBudLite, Beers rained down from 500 level landing in the 100 level of the Rogers Centre.

Who tops our ninth annual 101 most influential Canucks in baseball?

First baseman Joey Votto, who finished third in the National League MVP race? Votto has won the MVP before.

His close pal Peter Orr, who scored the game winner in extras to give Canada gold in the Pan Am Games? Canada was the defending gold-medallist.

Paul Beeston who steered the Jays back to post-season play? Beeston has been down that road before.

Edward Rogers, who hired the new president Mark Shapiro which set off a change reaction front office? Rogers tried to hire a pres last January too.

Could it be general manager Alex Anthopoulos from Montreal, who led the Blue Jays from the wilderness to post-season excitement?

As a Jays broadcaster mentions after the odd home run: “Yes sir!”

In the TV show ‘Extreme Makeover: Home Edition’ a complete home renovation was done by designers, electricians and carpenters while the family in need went off on a trip.