TOP OF THE TENTH – NEWS FROM CANADIAN BASEBALL HALL OF FAME 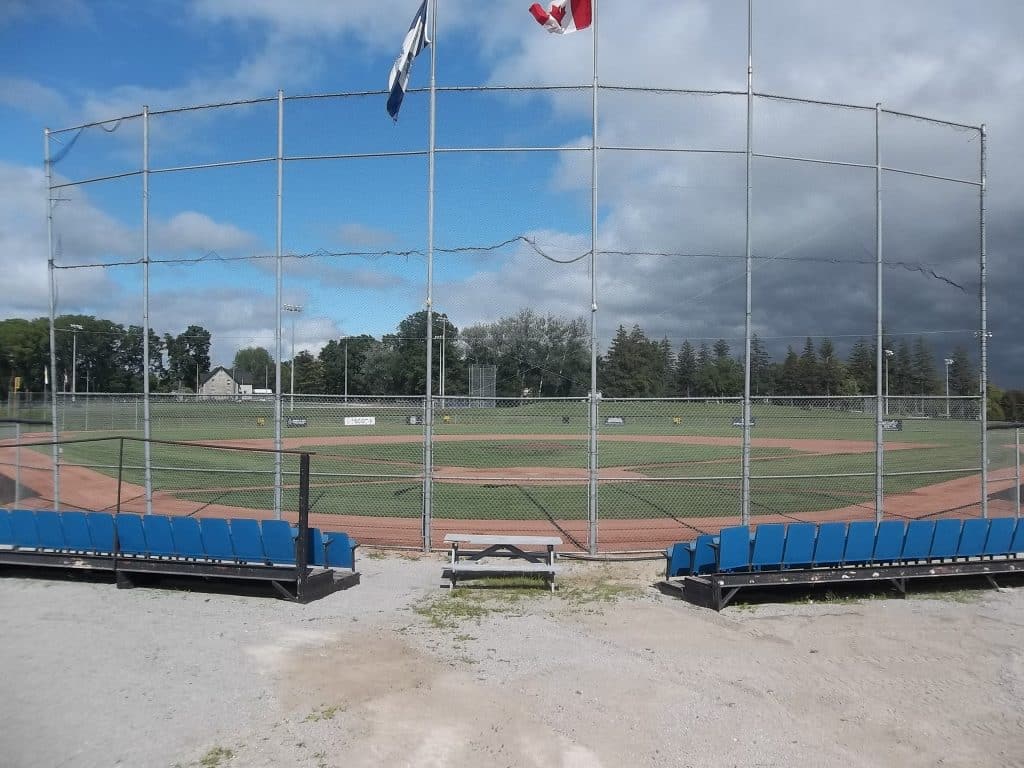 The highlight of Scott’s week will be his yearly visit to 18th annual Fergie Jenkins’ charity wine & cheese and golf tournament taking place at Rockway Winfrey in the Niagara Thursday, September 13th to Saturday the 15th.  He’ll be setting up a promotional booth to continue our awareness campaign. For further details on the event, click here.

Here’s another look back at the summer from one of our students:  My experience at the Canadian Baseball Hall of Fame and Museum this summer gave me a new perspective on the history of sport in Canada, and how it has helped to shape Canadian identity. I was grateful to gain experience with such a large and varied collection of artifacts.   Julianne Scott (Wilfrid Laurier University, History & Political Science) Congratulations to our Women’s National Team who beat the USA in extra innings to win the bronze at the Women’s World Baseball Cup.  WWBC President Riccardo Fraccari noted that games were followed on different platforms to viewers in 190 countries around the world across different platforms.  This article from Sports Illustrated charts the growth of the women’s baseball and mentions 16-year-old Emma March of Vancouver, one of the youngest players in the tournament.  A pitcher, Emma was one of two girls to play in the 2014 Little League World Series.

And congratulations to the Barrie Baycats who are the 2018 Intercounty League champions.  It was the 5th straight title for The Baycats and the first outing for a new Jack and Lynne Dominico Trophy awarded to the champs.  Among other initiatives to celebrate the league’s 100th season, the IBL commissioned a new trophy.  It features a cup surmounting a series of levels that honour all 99 league champions to date.

Thanks to Kevin Glew and the Canadian Baseball Network for the following:  Great Lake Canadians, Junior National Team and Tournament 12 graduate Adam Hall (London, Ont.) was named the Baltimore Orioles minor league player of the month for August.  The 19-year-old shortstop batted .390 with a .462 on-base percentage and added 15 stolen bases for the class-A Short-Season Aberdeen IronBirds during the month. He also enjoyed a 19-game hitting streak. In major league news, North Vancouver’s Rowan Wick of made his major league debut with the Padres on August 31. After four flights just to get to San Diego, he took the mound and retired three Rockies batters on 8 pitches, all strikes, to tie up the victory for his team.  Wick is a former catcher and right fielder who only started pitching in 2016.

And in case you missed it, Joey Votto had some fun this past week with a fan.  In the fourth inning of The Reds-Pirates matchup on September 3rd game, he noticed a man wearing a ‘Votto for President’ T-shirt in the stands.  He liked it so much that he traded a Votto jersey autographed with the comment, ‘maybe Prime Minister’ for the top. Needless to say, the fan, Kyle Olding, was thrilled.

Mark your calendar:  The 3rd annual Canadian Baseball History Conference will take place Saturday & Sunday, November 3rd and 4th at The Old Courthouse in London, Ontario.  Highlights of the conference include a recreation of the historical Beachville game in 1838 and a tour of Labatt Park, the oldest continually operating ball field in North America.  We’ll be there with artifacts, books and merchandise. Cost is $70. For further details, please click here.

One of the presenters at this year’s conference will be University of Windsor prof Heidi Jacobs, a fanatical Detroit Tigers fan and a baseball historian.  Heidi and her husband decided to see as many baseball games as possible within 100 miles of her home during the summer of 2018.. Heidi’s entertaining accounts of the experience are on Twitter @100milesofbaseball and she plans to write a book about it.

Recommended reading:  This article about Ottawa’s Sam Holman, originally published on the Deadspin website and distributed by SABR:  “How Maple Bats Kicked Ash and Conquered Baseball.