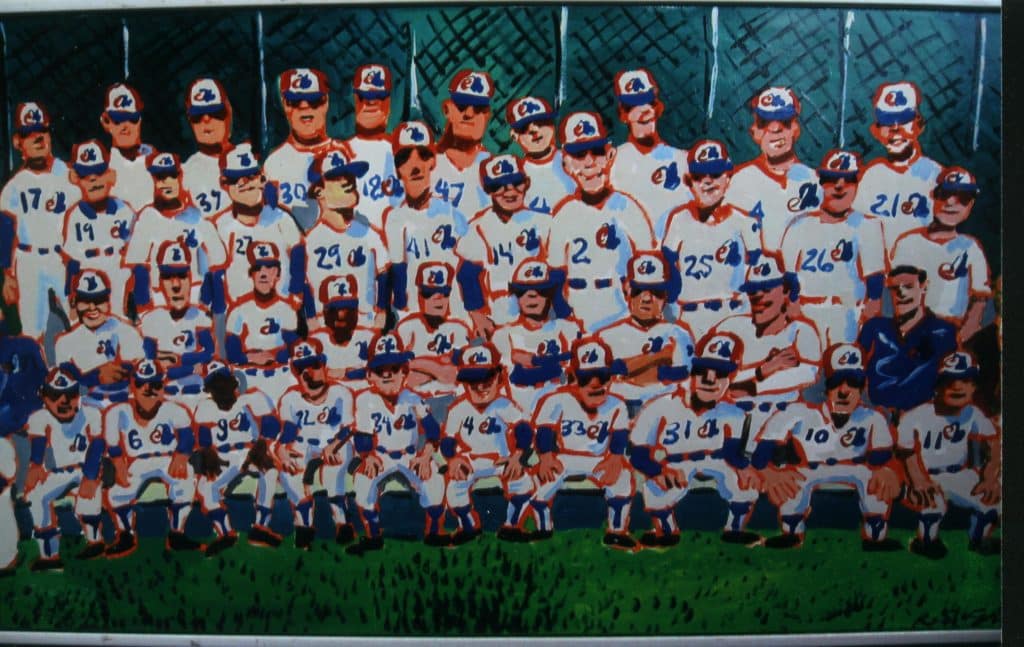 Museum update: The expansion is on schedule and things are really taking shape.  Construction to the addition is almost complete and the landscaping around the building will take place in May. Once that is completed BaAM productions from Toronto will start renovations to the farmhouse that has housed the Museum since 1998. In other news, Scott was extremely busy with interview requests following the death of 2012 inductee Rusty Staub on March 29. RIP Rusty. Next week, Scott, Board Member Tammy Adkin, Town Councillor Lynn Hainer and volunteer Scott Walsh will travel to Cincinnati to present Joey Votto with the 2017 Tip O’Neill Award prior to the game on April 13. On the way home they will be stopping to visit the Cleveland Baseball Heritage museum and take in a Cleveland game.

There’s another attention-worthy Canadian in the Reds organization: Toronto-born John Bryk who is Cincinnati’s Minor League Clubhouse Manager in the Arizona League. Since his days as Head Clubhouse and Equipment Manager for the Expos’ Triple A Ottawa Lynx, John’s spent time with the Baltimore Orioles, Philadelphia Phillies and, for the past 12 years, with the Reds, who have been very good to him.  Over his career, John’s forged friendships with countless ball players and their families, and he has a million stories to tell, including one about Vladimir Guerrero’s Grandmother cooking for the Expos clubhouse. A fascinating guy, he’s on the radar for a future interview.

Back at the office, we’re embarking on the interview process for the new Finance and Admin Assistant and soon to be interviewing for a museum professional to work on the collection. The successful candidates will be introduced in a future column.

Meanwhile, the grounds crew will be starting mid-April with the first action on the site scheduled for April 21. April is busy with 4 teams from Quebec visiting April 27-28 and St. Marys Minor ball running the Blue Jays Honda Instructional Clinic on April 29.

In the wider world, of course, it’s also ‘play ball’.  2017 CBHFM Inductee Roy Halladay was honoured by the Blue Jays during the Opening Day Ceremonies with his name being placed on the Level of Excellence and having his number retired. The Jays Care Foundation borrowed several of our Roy Halladay artifacts to decorate Doc’s box suite at the Rogers Centre. From the collection:  Visitors to the Cooperstown Hall of Fame will be familiar with the space devoted to the art of baseball.  Well, CBHFM has its own collection of art, comprising paintings, prints, sculptures, photos and textile arts. Perhaps our most valuable painting is an imposing piece –  almost three feet high and five feet wide – by American painter, sculptor, printmaker, actor and installation artist Red Grooms. The artist worked from a photograph to portray the 1970 Montreal Expos in a colourful, pop art style.  He presented the piece to Expos owner Charles Bronfman, who gave it to our Museum.

Another site we like: In 2003, CBHFM inducted the Vancouver Asahi into the Hall of Fame.  A couple of years ago, one of our volunteer tour guides was fortunate enough to meet the grand-daughter of famed Asahi player, Roy Yamamura. She was moved to tears when she saw her grandfather’s uniform on display in the Museum.

Now, seventy years after the Asahi played their last game, Vancouver’s Asahi Baseball Club honours and commemorates their achievements..  The organization sends its youth squad to Japan every second year and is raising funds for the 2019 trip right now. https://www.asahibaseball.com/