St. Marys, Ont. – Twenty years ago George Bell and Tim Raines were teammates with the Chicago White Sox, but Canadians will best remember them for their starring roles with the Toronto Blue Jays and Montreal Expos.

While Bell was belting 47 home runs en route to the American League MVP award for the Blue Jays in 1987, Raines was tallying a National League-leading 123 runs and serving as the catalyst of the Expos’ offence.

In the mid-to-late ’80s, many baseball pundits would’ve agreed that Bell and Raines were the top two offensive left fielders in the game. So it seems fitting that they will be inducted into the Canadian Baseball Hall of Fame together in a ceremony to take place on the museum grounds at 386 Church St. South in St. Marys, Ont. on Saturday, June 29 at 11 a.m. The ceremony will be part of three days of events (see agenda below) for the ball shrine.

Toronto-born outfielder Rob Ducey, who made his big league debut in 1987 and suited up for both the Blue Jays and Expos, will also be enshrined, along with Blue Jays broadcasting legend Tom Cheek and Vancouver baseball icon Nat Bailey, both of whom will be honoured posthumously.

“I couldn’t be more excited about this year’s festivities,” said Scott Crawford, the Hall’s director of operations. “Thanks to the efforts of our volunteers, sponsors and devoted staff, we’re offering something for everyone during the three days of activities, and I can’t wait to honour the careers of our five worthy inductees.”

Born in 1959 in San Pedro De Macoris, Dominican Republic, Bell remains the only Blue Jay to win the American League MVP Award. His monster 1987 campaign – that saw him belt a then-club record 47 homers and lead the league in RBIs (134), total bases (369) and extra-base hits (83) – is one of the best in franchise history.

Plucked from the Philadelphia Phillies in the 1980 Rule 5 draft, the power-hitting outfielder was an offensive force in Toronto for parts of nine seasons. A three-time all-star and three-time Silver Slugger Award winner, Bell socked over 20 homers in six seasons and recorded more than 85 RBIs seven times with the Jays. He also smashed a major league record three home runs on Opening Day against the Kansas City Royals in 1988. The former slugger ranks in the top five in most of the Jays’ all-time offensive categories, including third in RBIs (740), total bases (2,201) and extra-base hits (471) and fourth in home runs (202). For his efforts, he was named the club’s MVP four times and was an inaugural member of the Blue Jays’ Level of Excellence in 1996.

In December 1990, Raines was dealt to the White Sox, where he toiled for five seasons, before being traded to the New York Yankees, where he earned two World Series rings (1996, 1998). In 2001, he returned to the Expos and hit .308 in 47 contests. In all, in a 23-year big league career – that also included stints with the Oakland A’s, Baltimore Orioles and Florida Marlins – Raines collected 2,605 hits and 808 stolen bases (fifth all-time). Following his playing career, he coached and managed in the Expos organization and his No. 30 was retired by the club in 2004. Raines has also served as a first base coach with the White Sox and is currently a minor league baserunning and outfield instructor with the Blue Jays.

Following his professional career, Ducey competed for Canada at the 2004 Olympics and served as a coach at the 2006 World Baseball Classic and 2008 Olympics. He has also been a scout for the Blue Jays and has worked in player development for a Mexican League team. In the mid-’50s, Bailey purchased the Triple-A Vancouver Mounties and his commitment to the club over the next decade helped raise interest in professional baseball to new heights in the city. After Bailey passed away in 1978, Capilano Stadium, where the Mounties played, was renamed Nat Bailey Stadium in his honour. For the past three seasons, the Vancouver Canadians, the Toronto Blue Jays’ Class-A Short-Season club, have played in this stadium. They won Northwest League championships in 2011 and 2012. For his contributions to sports in B.C., Bailey was inducted into the B.C. Sports Hall of Fame in 2003.

The Hall would like to acknowledge the Toronto Blue Jays, the Town of St. Marys and St. Marys Cement Company for their major sponsorship and support in making the following events happen:

Toronto Blue Jays mascot ACE will be in attendance. Food and beverages will be available for purchase.

Cost: Tickets are $50 each or a table of eight for $400. Advance registration only.

Cost: The tournament is sold out, but banquet tickets are still available (until Wednesday) for $60 each. Doors open for the banquet at 5 p.m.

Celebrities will be signing autographs at 2 p.m. The Hall of Fame will be running a barbecue, museum tours and a silent auction on site. Baseball games will also be played on the diamonds. Cost: See website (below) for details. Must pre-register at http://baseballhalloffame.ca/news/feature/toronto-blue-jays-honda-instructional-clinic-june-29/

Each participant will receive four hours of instruction, a Blue Jays t-shirt and a Blue Jays hat.

The following is a list of the celebrities that have confirmed they will be in St. Marys at some point during the three days of festivities: 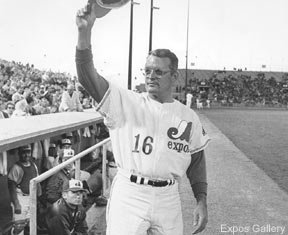