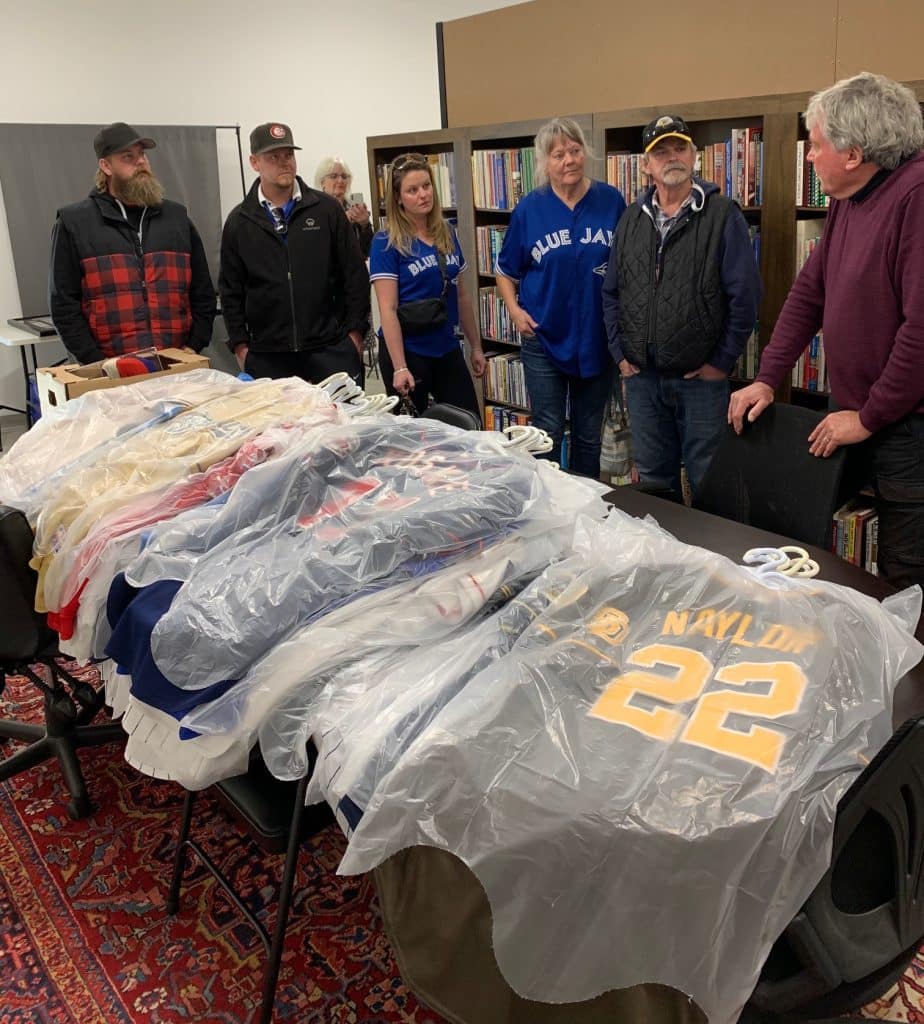 St. Marys, Ont. – On what would’ve been Marty Healy’s 44th birthday, his family made the trek to the Canadian Baseball Hall of Fame & Museum in St. Marys, Ont., to donate his vast collection of jerseys worn by Canadian major leaguers.

Marty, who co-authored a book about George Gibson and had an encyclopedic knowledge of Canadian big leaguers, passed away on September 11, 2020 after a long battle with congestive heart failure.

A strong supporter of the Canadian Baseball Hall of Fame, Marty was also an enthusiastic participant at the annual Canadian Baseball History Conference and a diehard Toronto Blue Jays fan whose passion for Canadian major leaguers inspired him to assemble a collection of 93 game-worn jerseys that date back to 1964.

More importantly, Marty was a much loved son, brother, uncle and friend who is missed dearly. Marty’s mother, Millie; his father, Martin; his sister, Wendy, and brothers Paul and Ricky travelled to the Canadian Baseball Hall of Fame on November 8 to donate Marty’s collection.

“Marty’s passion for Canadian baseball made it easy for us to honour his wish to have his collection donated to the Canadian Baseball Hall of Fame,” said Marty’s mom, Millie, on behalf of the family.

Scott Crawford, the Hall’s director of operations, met Marty several times. He was grateful for the donation, which will greatly enhance the museum’s collection, but he accepted it with a heavy heart.

“It’s a tremendous collection, but many of us associated with the Hall were fortunate to get to know Marty. He was a wonderful guy with a deep passion for Canadian baseball. We miss him very much,” said Crawford. “But I think he’d be happy to know that his collection is here and we would like to thank his family for entrusting us with it so that we can share it with future generations of baseball fans.”