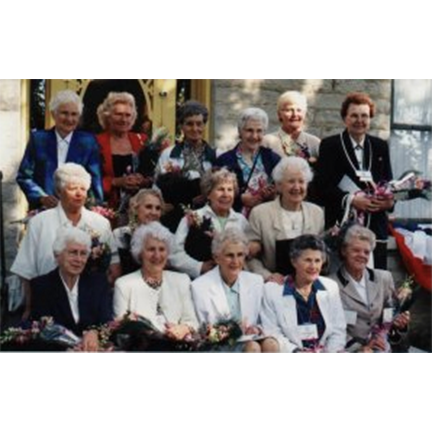 With so many men serving in the war, Chicago Cubs owner, Philip Wrigley, feared baseball would be forgotten in the early ’40s. So to maintain interest in the sport, the legendary executive dispatched scouts across North America to find the best female players to compete in the All-American Girls Professional Baseball League (AAGPBL). Enticed with salaries ranging from $55 to $150 per week, the initial group of women would form four teams – the Rockford Peaches, Racine Belles, Kenosha Comets and South Bend Blue Sox – for the league’s inaugural campaign.

During the circuit’s 11-year run (1943 to 1954), the women were coached on and off-the field. Charm school was part of their Spring Training program. The women donned one-piece, short-skirted uniforms with knee socks, baseball shoes and caps during their grueling schedule. Initially playing with a softball, the women eventually employed a regulation baseball, with overhand pitching permitted starting in 1948. In that same year, the league’s popularity peaked, boasting 10 teams and drawing over a million fans.

With 68 women – or more than 10 per cent of the participants – hailing from north of the border, Canada was well-represented in the AAGPBL. Toronto native, Glady “Terrie” Davis was the league’s first batting champion and a significant number of Canadians were all-stars throughout the league’s tenure. Interest in the circuit was re-ignited with the success of “A League of Their Own,” a 1992 movie about the circuit that starred Madonna, Tom Hanks and Geena Davis. Davis’ character was rumoured to be based on Regina, Sask., native, Mary Baker, an all-star catcher with the South Bend Blue Sox from 1943 to 1949.

A list of all 68 Canadian ladies to play in the AAGPBL: