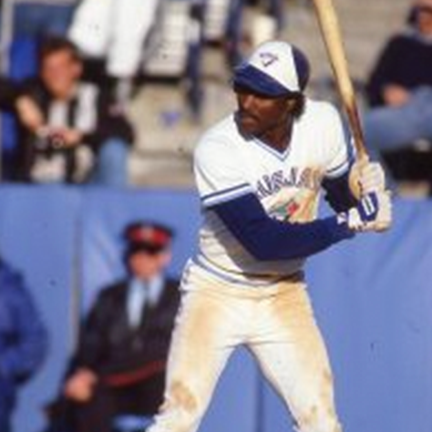 For an encore, Moseby belted 18 home runs, led the American League in triples (15) and registered 39 stolen bases in 1984. He also topped AL centre fielders with 470 putouts and his 7.3 WAR that season was second among AL position players to Cal Ripken Jr.

Teaming with Jesse Barfield and George Bell in what was considered the best outfield in the majors, Moseby possessed a potent combination of power and speed. He posted back-to-back 20-home run, 30-stolen base seasons in 1986 and 1987 and in 1986, he was selected to the American League All-Star team.

He suited up for two seasons with the Detroit Tigers to finish off his 12-year major league career, before spending his final two pro campaigns with the Yomiuri Giants in Japan.

Following his playing career, Moseby served as a coach for the Blue Jays’ Short-Season class-A St. Catharines Stompers and the triple-A Syracuse Chiefs, before becoming the Blue Jays’ first base coach in 1998 and 1999. Since 2009, he has worked in an ambassador’s role with the club, representing the team in charitable events and serving as an instructor with the Blue Jays Baseball Academy at various kids events across the country including the Honda Super Camps and Instructional Clinics and Tournament 12.

“I really appreciate this honour,” said Moseby. “It’s still sinking in, but I’m excited about the ceremony in June.”