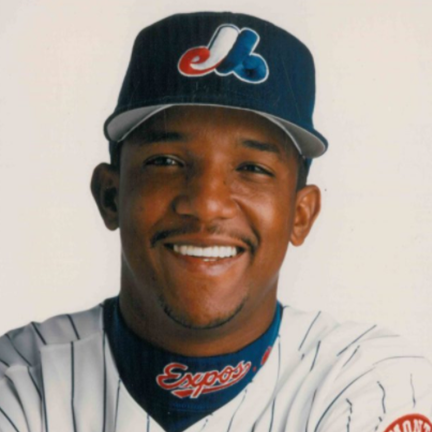 But it was his 1997 season that was one for the ages. In the midst of the steroid era, when offensive numbers were exploding, Martinez posted a 17-8 record and led the league with a 1.90 ERA. He also topped NL pitchers in complete games (13) and WAR (9.0) and his 305 strikeouts set a single-season franchise record. As a result, he became the first and only Expos pitcher to win the National League Cy Young Award.

“I would like to share this with the people in Montreal that are not going to have a team anymore,” he said. “My heart and my ring is with them, too.”

It was a gesture that Expos fans have not forgotten.

Martinez has also been very active in charitable endeavors. For over a decade, the Pedro Martinez Charity (PMC) Community Center has been operating in the Dominican Republic to educate and offer opportunities to underprivileged children ranging in age from six to 17. Martinez also runs two charity events – Feast with 45 and The Pedro Martinez Charity Annual Gala – in Boston each year that raise money to support children in his home country.

“When I got the call from Scott Crawford of the Canadian Baseball Hall of Fame and Museum telling me that I was a member of the 2018 induction class, I felt honoured, humbled and a bit surprised. I never expected, when I was playing the game, to be here today. I took each day like it was a dream. I was so proud to play baseball every day and was fortunate as a player to be welcomed with open arms in both Canada and the United States. These countries provided me the opportunity to play the game I love so much,” said Martinez.

“Although I only played four seasons with the Expos, the fans always went out of their way to show how much they cared, appreciated and loved me. There is a huge amount of love and respect between me and the Expos’ fans. I want to thank the people who voted for me. Thank you to all the members of the Canadian Baseball Hall of Fame and Museum. I would not be here today without my teammates and my family. It is truly an honour to be the fifth Dominican born baseball player to be inducted, along with Vladimir Guerrero, Felipe Alou, Tony Fernandez and George Bell.

“I extend my heartfelt congratulations to the other members of the class of 2018 – Lloyd Moseby and Bill Humber. I look forward to seeing everyone in June.”