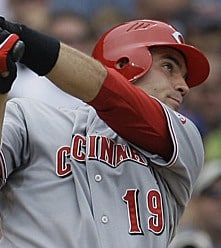 To determine the winner, the Hall takes into account a number of criteria, including each candidate’s on-the-field performance, contributions to their team, community and charitable endeavors and support in fan voting. Starting on November 18, the Hall had encouraged fans to vote for their top three candidates and they responded by casting their votes via e-mail and on the Hall’s website. 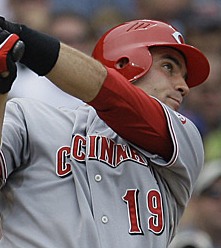 “I thank the Canadian Baseball Hall of Fame for the recognition. It is very humbling, because our country produces some very good baseball players,” said Votto, after being informed he’ll be honoured with the 2016 Tip O’Neill Award. “We all need to thank the Baseball Hall of Fame’s efforts in promoting the sport and our native players.”

Votto will be presented with the award in a pre-game ceremony in Cincinnati early in the 2017 season.