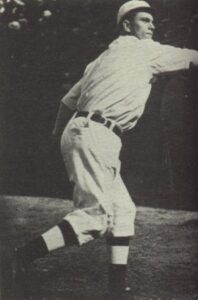 With the emery pitch in his arsenal, Ford would won 26 games as a rookie for the New York Highlanders (later the Yankees) in 1910. His eight shutouts that season remain a major league rookie record. He followed that up by posting 22 wins in 1911 to become the first Canadian to collect 20 wins in back-to-back seasons. He would win 20 games again in 1914 with Buffalo of the Federal League. It wasn’t until an interview with The Sporting News in 1935 – 18 years after his retirement – that Ford would admit to throwing the emery pitch.