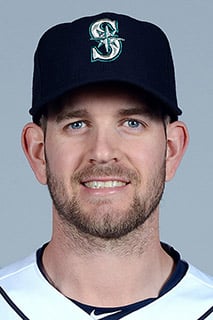 Induction weekend is just a month away! Three exciting days of events include:  VIP Pitch Talks in Toronto at The Rec Room (beside Rogers Centre) on Thursday June 14 – the 22nd annual Celebrity Golf Tournament and Banquet on Friday, June 15 – the Induction Ceremony on Saturday, June 16 at 1 p.m.  Full details elsewhere on this website. This will be the 24th annual ceremony held in the Town of St Marys. Come out and join us.

Museum update: The new 2500 square foot addition is nearing completion, along with the widening and paving of the new roadway up to the front door. Next up is the landscaping around the museum.  BaAM will be doing renovations inside the former museum space throughout the rest of the year

At the office, along with Induction preparations, we’ve been busy with the selection process for our new hires. We are pleased to announce that Laurie Bannon has been hired to work part-time in the office. Further to that we plan on hiring students to work on our collection this summer. Though Mother’s Day is behind us, it’s worth passing on this story, told to us by CBHFM volunteer Tom Catania’s Mother.   While working at the SkyDome, Tom one day asked 2018 Inductee Lloyd Moseby for his autograph. Lloyd obligingly signed a ball for him, whereupon Tom said, “Great!  Now I don’t have to buy a Christmas present for my Mother.” Wagging a finger, Lloyd replied, “You buy a Christmas present for your Mother.” What’s more, he checked in with Mrs. Catania on the matter for a number of years.  Tom and his Mum are planning to attend this year’s Induction Ceremony and expect to renew their acquaintance with Lloyd.

The CBHFM family is diminished by the passing of St Marys businessman and longtime CBHFM supporter/volunteer Maurice Oliver.  Husband of our ‘unofficial photographer’ Nelda Mossop-Oliver and a wonderful man, Maurice was important to the growth of the St Marys operation in its early days.  Our sincerest condolences to his family and friends. He will be missed by many.

Recommended website:  Broadcaster, writer and journalist Jay Dell-Mah has been keeping a flame alive with his Western Canada Baseball website for an astonishing 24 years. Go to:  http://attheplate.com/wcbl/index.html.   Together with Barry Swanton, Jay co-authored Black Baseball Players in Canada, A Biographical History 1881-1960, sold by Amazon. Canadians in the majors:  James Paxton’s May 9 no-hitter against the Jays – the first no-hitter by a Canadian since Dick Fowler’s in 1945 – presented something of a dilemma for Canadian fans, but we were rooting for him.  Interesting to note is that St. Marys native Rube VIckers pitched a 5-inning no hitter (called due to darkness) in October 5, 1907 vs Washington. We’ve highlighted Paxton’s feat on our website and elsewhere, but it’s nice to note that the New York Times’ published a lengthy article on the achievement. The piece by Tyler Kepner referenced CBHFM, quoted our inductee Paul Quantrill extensively and relied on Kevin Glew’s article on the Canadian Baseball Network for information on Dick Fowler, the first Canadian to keep an opposing team hitless.  Read it here: https://www.nytimes.com/2018/05/12/sports/james-paxton-no-hitter-canada.html.

Rob Zastryzny from Edmonton, Alberta was called up by the Chicago Cubs for the third year in a row and pitched out of their bullpen.