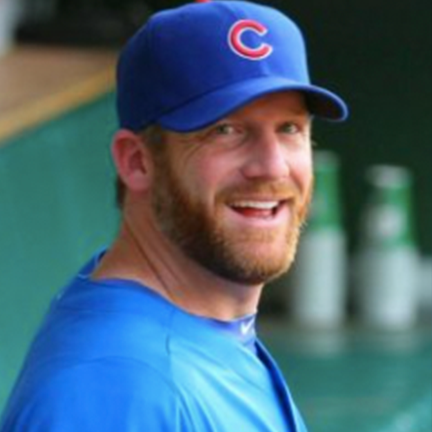 Born in 1977 in Sechelt, B.C., Ryan Dempster grew up in nearby Gibsons, B.C. The right-hander honed his skills in the North Shore Twins program before pitching for the Canadian Junior National Team in two World Youth Championship tournaments in 1993 and 1994.

His strong arm convinced the Texas Rangers to select him in the third round of the 1995 MLB draft, but after just over 14 months in the Rangers organization, he was dealt to the Florida Marlins in June 1996 as part of a package for right-hander John Burkett.

It was in Miami where his big league career would take off. Following parts of two seasons in the Marlins’ minor league system, he made his major league debut on May 23, 1998 and proceeded to toe the rubber for parts of five seasons with the Marlins. In 2000, he posted a 14-10 record and a 3.66 ERA in 226-1/3 innings in 33 starts and was selected to the National League All-Star team and named the Canadian Baseball Hall of Fame’s Tip O’Neill Award winner. He collected 15 more wins the ensuing campaign before he was dealt to the Cincinnati Reds on July 11, 2002. He’d spend parts of two seasons with the Reds before he was signed by the Chicago Cubs in January 2004.

He’d enjoy his greatest big league success during his nine-year tenure with the Cubs. In his first four seasons at Wrigley, Dempster was employed as a reliever and from 2005 to 2007 he registered 33, 24 and 28 saves respectively. The Cubs converted him into a starter in 2008 and he rewarded them by delivering his best major league season, going 17-6 with a 2.96 ERA in 206-2/3 inning in 33 starts. For his efforts, he was named to his second National League All-Star team and finished sixth in the NL Cy Young voting.

He followed that up with three more campaigns in which he logged at least 200 innings for the Cubs before he was dealt back to the Rangers at the 2012 trade deadline. He capped off his major league career by winning a World Series ring with the Red Sox in 2013.

On top of his tenure with the Junior National Team, Dempster also toed the rubber for Canada at the 2017 World Baseball Classic. His name was added to Baseball Canada’s Wall of Excellence in 2013.

Dempster is currently an analyst with the MLB Network and an assistant to Cubs’ president Theo Epstein. During his career, Dempster was known for his charitable endeavors, particularly for raising awareness for 22q11.2 Deletion Syndrome (DiGeorge Syndrome) that his daughter, Riley, suffers from. He formed The Dempster Family Foundation to improve the quality of life for the growing community of those affected by this syndrome.

“It’s always nice when your contributions to the game of baseball are appreciated.  But when I got the call from the Canadian Baseball Hall of Fame about my induction I was truly humbled!  I am proud and honoured to be joining so many great baseball people in the Hall this summer in St Marys.”