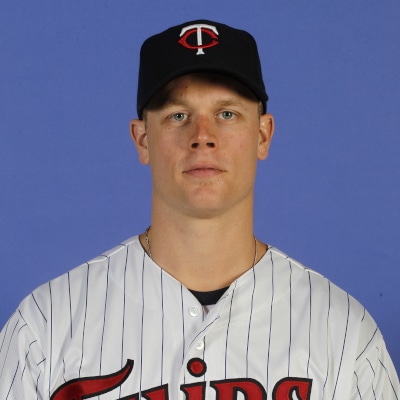 Born in New Westminster, B.C., in 1981, Justin Morneau honed his skills with the North Delta Blue Jays of the B.C. Premier Baseball League and the Canadian Junior National Team before being selected by the Minnesota Twins in the third round of the 1999 MLB draft.

The left-handed hitting Canuck began his minor league career as a catcher but was converted into a first baseman in 2000 in Rookie ball. Over parts of five minor league campaigns, he developed into a top prospect, earning invitations to two MLB Futures Games (2002, 2004) before he was called up to make his major league debut with the Twins on June 10, 2003.

On August 31, 2013, Morneau was traded to the Pittsburgh Pirates where he helped lead the club to its first postseason appearance since 1992. Following that season, Morneau signed with the Colorado Rockies and proceeded to bat .319 and win the National League batting title to become just the second Canadian (along with Walker) to accomplish that feat. He suited up for part of one more season with the Rockies before playing his final big league campaign with the Chicago White Sox in 2016.

Throughout his career, Morneau also consistently answered the call for the Canadian national team. After suiting up for the Junior National Team in 1999, he competed for the senior squad at the IBAF Baseball World Cup in 2001, at an Olympic Qualifier in 2003 and in all four World Baseball Classics. His name was added to Baseball Canada’s Wall of Excellence in 2010.

In all, Morneau played in parts of 14 big league seasons and he ranks in the top five among Canadian major leaguers in many all-time offensive statistical categories, including third in RBIs (985), third in hits (1,603), doubles (349) and total bases (2,739) and fourth in home runs (247). Over the course of his career, Morneau was also named the winner of the Canadian Baseball Hall of Fame’s Tip O’Neill Award, as top Canadian player, three times (2006, 2008, 2014).

In recent years, Morneau has served as a part-time analyst on Twins’ broadcasts for Fox Sports North and as an analyst on the Sportsnet Central panel for the network’s World Series coverage.

The New Westminster, B.C., native has also been very active in charitable endeavors. Each year in Minneapolis, he spearheads a winter coat drive for the Salvation Army. That coat drive has collected over 40,000 coats from generous donors. He has also helped organize fundraisers for juvenile arthritis to raise awareness about a disease his niece, Maddie, is fighting. As part of his efforts for that cause, he hosted an annual casino night that raised over a $1 million for the arthritis foundation and helped send kids to Camp Cambria, a camp for kids with arthritis. Morneau has also supported the United Heroes League, an organization that provides sports equipment and registration fees for children in military families. He is the host representative of an ice fishing tournament for United Heroes League on Mille Lacs Lake in Minnesota.

“When I heard the news that I would be enshrined in the Canadian Baseball Hall of Fame I was honoured,” said Morneau. “When I learned of fellow inductees,  John Olerud, Duane Ward and Jacques Doucet, I was at a loss for words. To think that I would be joining these distinguished members that had such a lasting impact on baseball in Canada is truly humbling. I am looking forward to being in St. Marys this summer to celebrate with my fellow inductees in person. Thank you to the voters and the Hall for this incredible honour, and all that the Hall does for the game of baseball in Canada.”